This is a list ofrecommendations from Fight the Bite Colorado. For more prevention tips, disease symptoms, and answers to questions, visit the Fight the Bite website.


Vector Disease Control International (VDCI) operates 10 mosquito traps in Windsor, which are placed weekly throughout the city. Weather permitting, traps are set on Wednesday nights, giving a good indication of the relative number of mosquitoes in an area, as well as what species are occurring there.

Trap thresholds of 100 or more mosquitoes will trigger a truck fogging application in the area of town around the trap site. This system provides data-based decisions for mosquito spray areas. 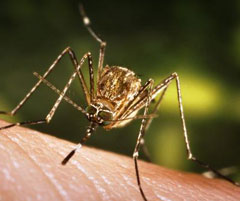