The history of the Town of Windsor stretches far beyond its official incorporation in 1890. Before American travelers began to settle the area, the place we call Windsor was home to immense herds of bison and the native peoples that hunted them. Archaeological evidence at the Kaplan-Hoover Bison Kill Site proves human occupation of the area as early as 800 years before Christ. In the 1870s, a solitary building served as a stopping point midway between Greeley and Fort Collins, both already established towns at that time.Since the arrival of the Great Salt Lake and Pacific Railroad connecting Greeley and Fort Collins in 1882, the Town of Windsor has been growing steadily even to today. As the population of the town surpasses 30,000 people, Windsor still maintains a small town feel that helps its residents catch a glimpse of what life might have been like here one hundred years ago.

In 1873, a settler named J.L. Hilton built a small house along the Overland Trail wagon road midway between Greeley and Fort Collins. The Halfway house, as it became known, served as a stopping point for travelers, stage coaches, and mail deliveries. The arrival of the railroad reduced the necessity of the Halfway House, but it remained a bustling saloon for many years. The railroad didn't just make it easier for people to travel through Northern Colorado, it facilitated the transport of farmers' crops and brought in investors and businessmen in increasing numbers. New advances in irrigation practices made it possible to sustain massive farms of wheat, and, most importantly, sugar beets. 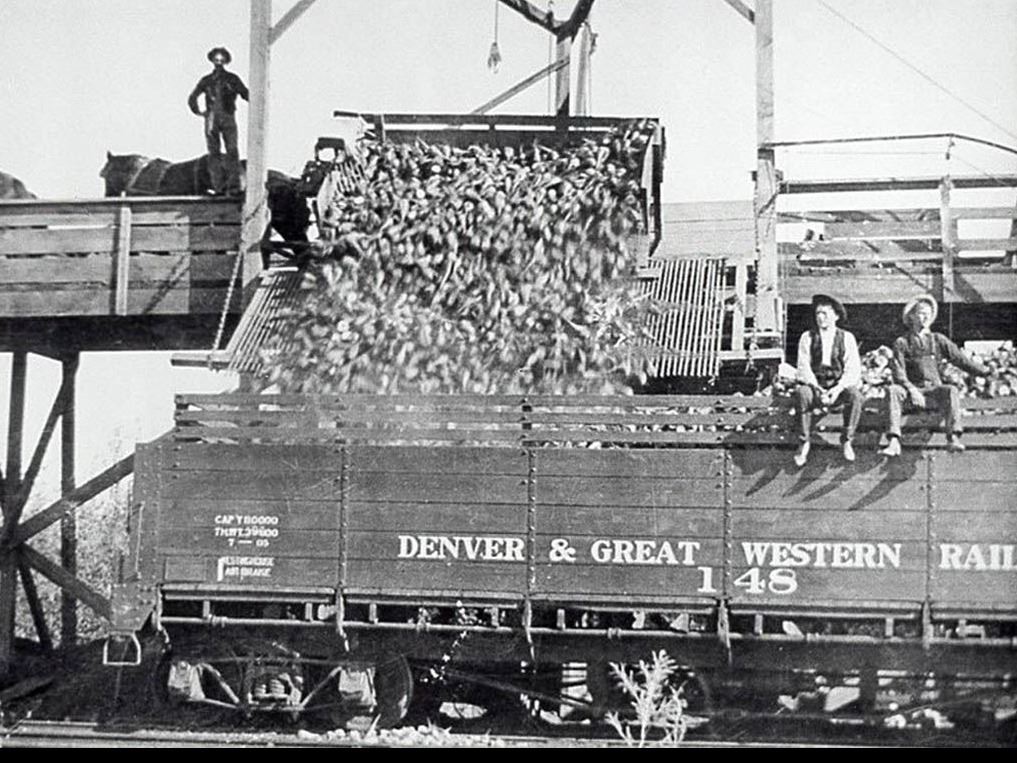 Like many northern Colorado towns, the sugar beet played a major role in the growth and development of Windsor. Sugar beets were a cash crop that was often called "white gold." The beets were chopped, processed, and refined into table sugar at the Great Western Sugar Company's factory in town from 1905 until its closure in 1966. The sugar beet industry attracted large immigrant families to work on the labor-intensive beet farms and in the sugar factory. The majority of these immigrants were Germans from Russia, whose culture made a great impact on the food, architecture, and businesses of Windsor.

(Left)  Windsor's first beet dump, built in 1903, allowed wagons filled with sugar beets to easily load them into train cars rather than carting them long distances to the sugar factory. Beet dumps were one of many innovations in agriculture that made it possible for Windsor to grow its economy. 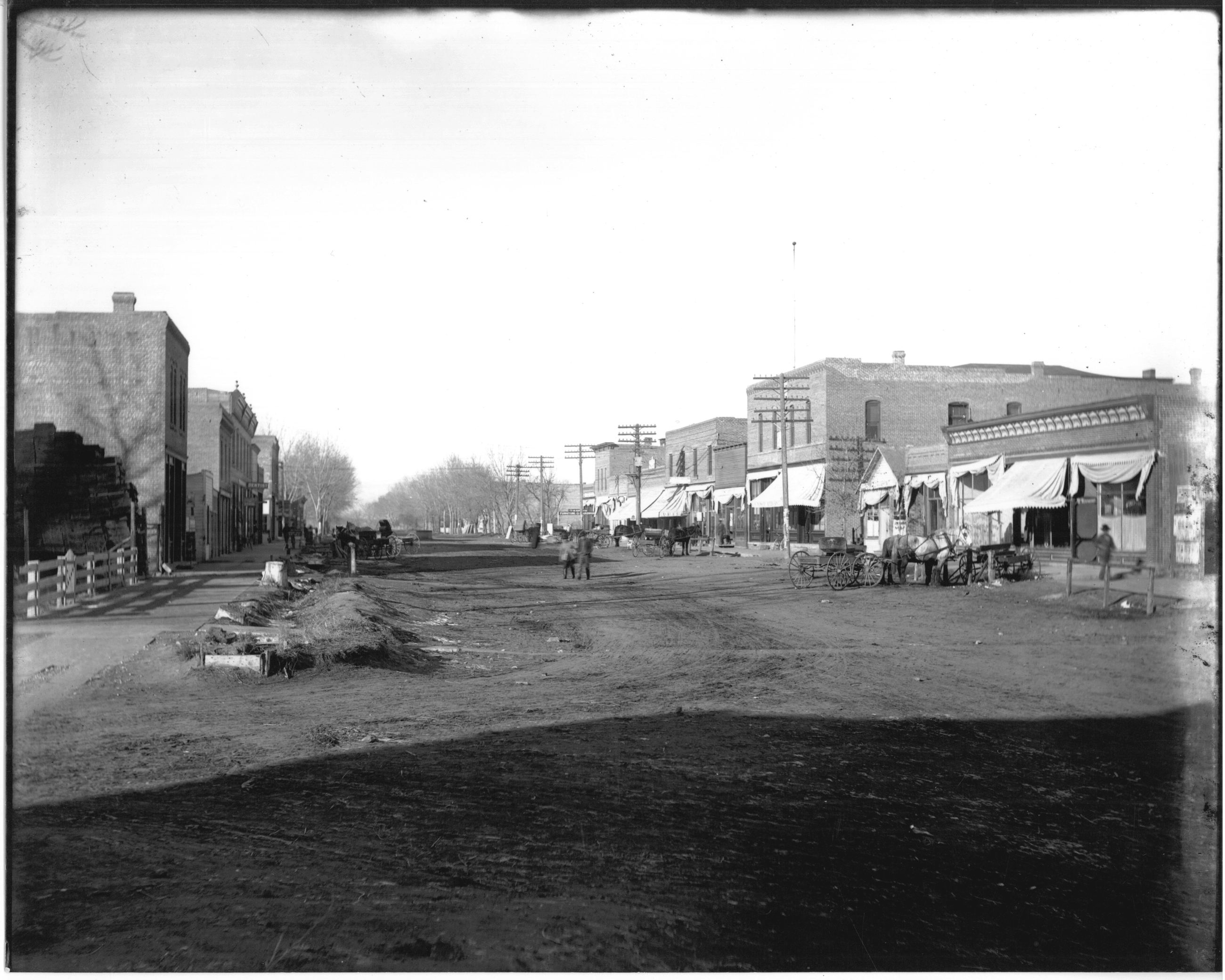 (Above) View of Main Street Windsor, c. 1903. Horse and buggies line Windsor’s commercial downtown while telephone poles and cement sidewalks testify to the town’s increasing modernity. Electricity would come to Windsor in 1909. 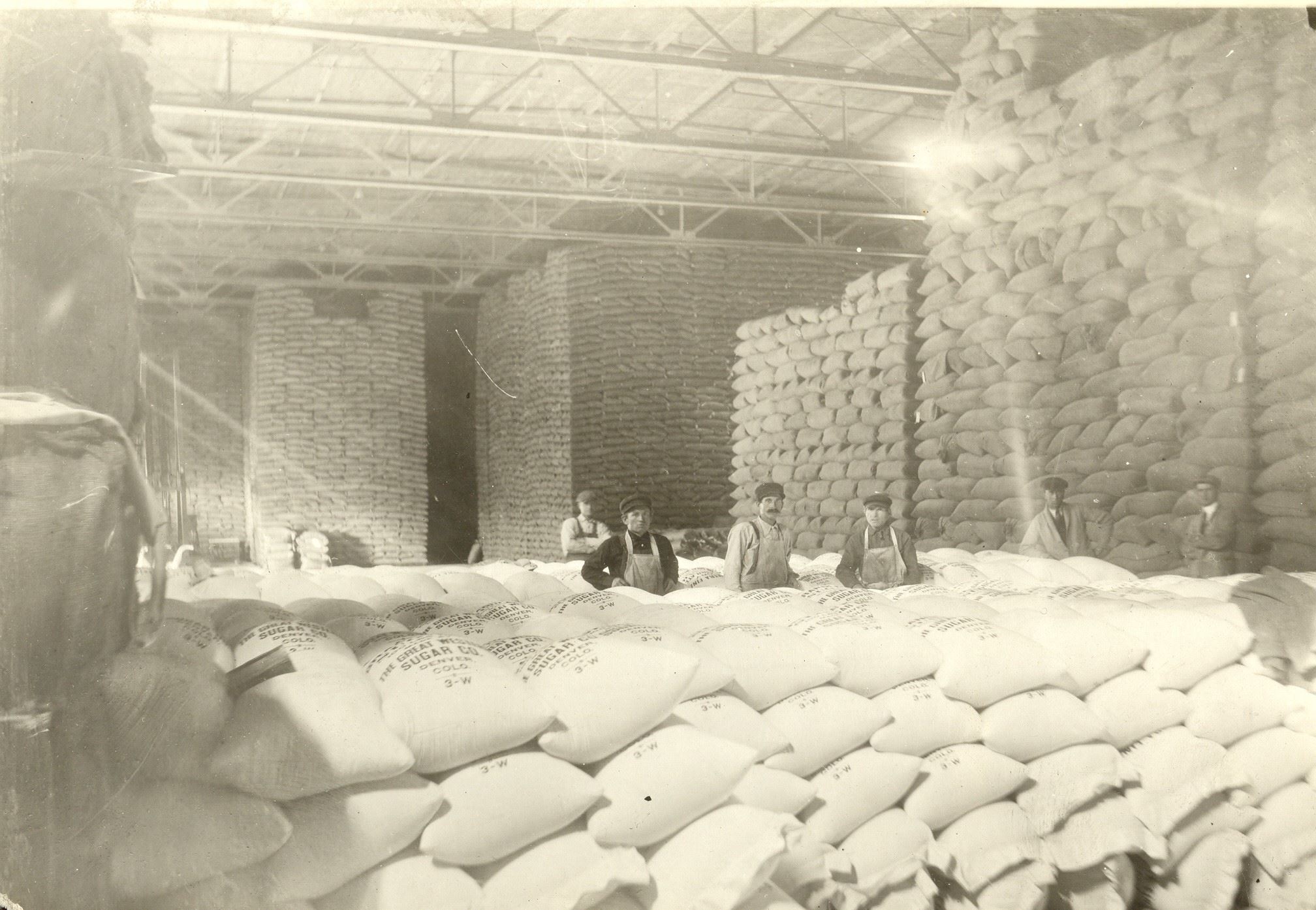 Windsor’s economy continued to grow alongside its sugar beet production. Farming families thrived and many new businesses opened along Main Street offering a multitude of services to its residents. The names of some of these businessmen are recognizable today, such as Manweiler and Yancey. Telephone service arrived in Windsor in 1893 followed by electricity in 1909. The Town of Windsor, despite its relatively low population, also boasted a hospital, opera house, multiple schools, and a town hall. Many of these buildings are still standing today and have been converted for many different uses. For example, the old town hall is now Windsor's Art & Heritage Center.

(Above) German from Russia factory workers at the Great Western Sugar Company stand among tons of bags of sugar all refined from Windsor sugar beets. The factory employed thousands of Windsor's men and women during the more than fifty years that it was in operation.

By the end of the first quarter of the 20th century, families of Germans from Russia were operating many of their own farms and immigrant workers from Mexico replaced them in the fields. The sugar beet industry in Windsor drew to a close in 1966 with the shuttering of the sugar factory. New industries emerged, including a Kodak processing plant, which continued to employ generations of Windsor residents. Today, Windsor leads the way for northern Colorado in attracting green industry. In addition to wind mill blade production, the area supports ethanol production, a newly upgraded recycling facility, and other green industries, Windsor has experienced unprecedented growth since 2000 and continues to attract families with its small town charm and quality of life. Windsor has managed to balance its growth while maintaining the small-town feeling its residents are proud to call home.

The Town of Windsor partnered with Historitecture to create a four-part mini documentary series. Videos are specific to Windsor and cover the Union Colony, the sugar beet boom, the impact of Eastman Kodak and more.

To learn more about the history of Windsor and other cultural resources, visit the Culture homepage.